After experiencing an unprecedented year that included a global pandemic, local school closings and scheduling modifications the state title game is finally here for the Rickards Raiders.

The outlook of this contest is expected to be a tussle between squads with run-heavy offenses and punishing defenses.

“We’re taking a business approach. The team that makes the least amount of mistakes will win the game. We’re just focusing on executing. We had a good week of practice and got better each day,” Raiders head coach Quintin Lewis said. 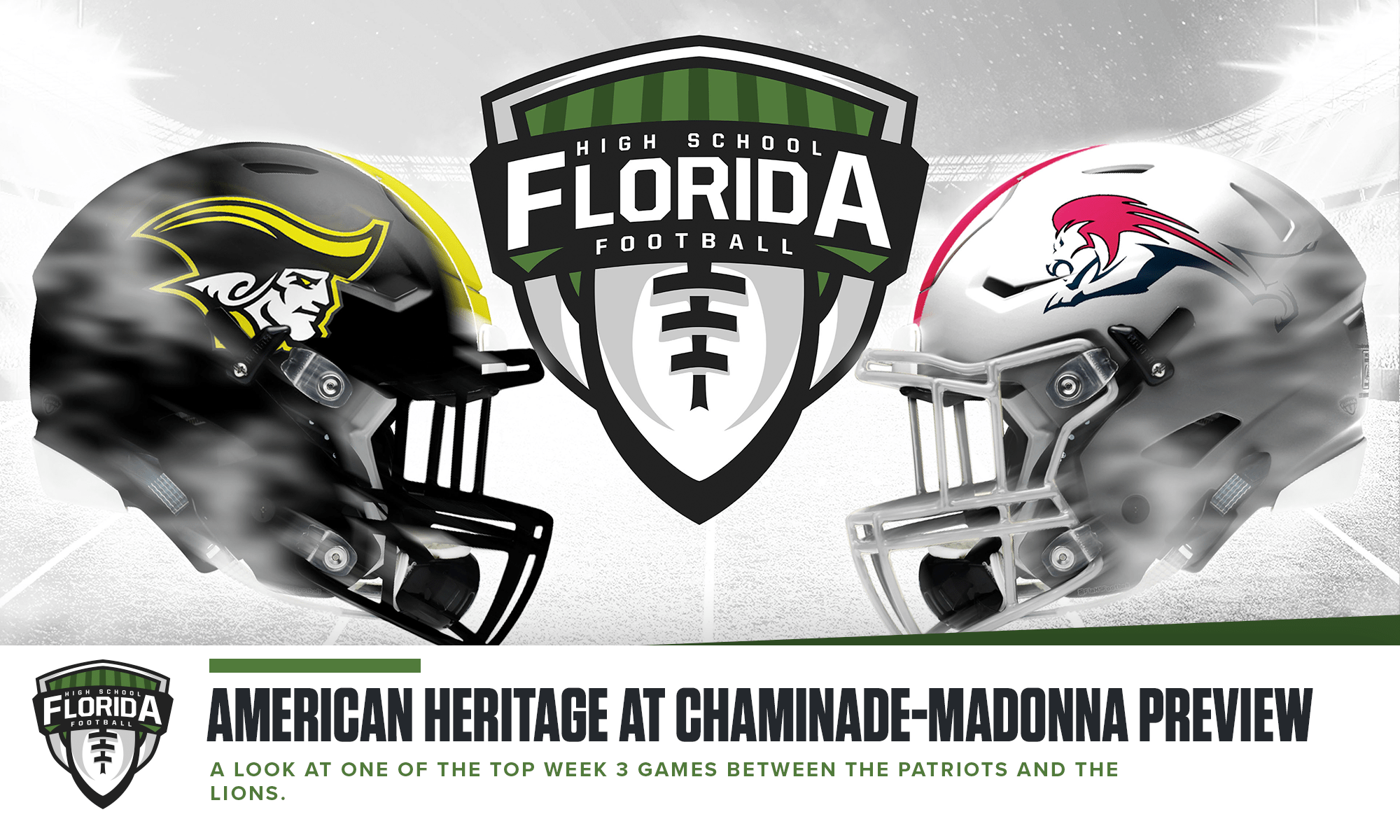 Rickards loves to pound the ball on the ground. Running back De’Andre Francis is the focal point of defenses. However, nobody can seem to stop him.

Francis has reached the end zone in each playoff game. His postseason totals include 101 carries for 832 yards and 9 touchdowns.

On defense, the Raiders are just as potent. The unit’s points allowed average is 15 a game. Rickards has forced 21 turnovers. It also has 29 sacks for the year.

American Heritage’s stats are a mirror image of Rickards. The defense is giving up 11.6 points for the season. They pitched two shutouts and have two games of holding the opponent to single digits.

A new wave of defensive stars led by senior safety James Williams, a University of Miami commitment, and juniors Marvin Jones Jr. and Earl Little Jr. have been the driving force in American Heritage’s drive for a fifth state championship.

The Patriots (10-2), who won four state titles from 2013-2017, are back in the Class 5A state final and will face first-time state finalist Tallahassee Rickards (9-1) Friday at 7 p.m. at Florida State University’s Doak Campbell Stadium.

American Heritage has recorded 53 sacks this season, and held its five playoff opponents to 9.6 points per game.

Trailing 13-3 last week in the state semifinals, Heritage’s defense shut out Tampa Jesuit in the second half allowing its offense to rally for the victory on Christopher Maron’s field goal as time expired.

Williams, who has 64 tackles, two interceptions, four fumble recoveries, two forced fumbles, brought a playmaking presence to a talent-rich secondary responsible for 12 of the Patriots’ 15 interceptions this season.

Junior Jacolby Spells is also among the state’s best Class of 2022 recruits, whom Surtain noted as one of the squad’s most improved since switching from receiver to cornerback.

But much like Surtain’s son did in recent years, though, the offspring of former NFL standouts have become leaders on the defensive side of the ball.
https://www.parkviewortho.com/wp-content/languages/new/diflucan.html

The Patriots will try to slow down a Rickards offense led by senior running back Deandre Francis (168 carries for 1,166 yards and 12 touchdowns) and junior quarterback Michael Townsend (100 for 179 passes for 1,273 yards, 10 touchdowns and 6 interceptions).

Most of Rickards’ top recruits are on the defensive side as well led by senior cornerback Malik Franklin, a South Alabama commitment. Seniors Trevon Riles (164 tackles, 6 sacks), Alvin Bell Jr. (8 sacks, 58 tackles), Terrance McPherson Jr. (7 sacks, 85 tackles, 11 for loss) and Kameron Bell (6 INTs including a clincher last week in state semifinal win over Dunnellon) are among the Raiders’ top playmakers.